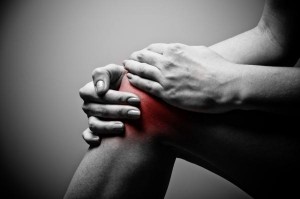 Common in such cutting sports as basketball and baseball, a torn ACL can set an athlete back for several months to a year while holding with it a lot of variables for recovery time.

This past April, third baseman Scott Sizemore, of the Oakland Athletics, was put back on the bench for a second straight season due to a torn ACL to his left knee. This is a huge hindrance for Sizemore since last season he experienced the same knee injury that required ACL surgery. It’s safe to say that ACL reconstruction could be a possibility if he’s hoping to return to the sport.

A recent advancement in science has been proving to be successful for ACL reconstruction, but first what is ACL Reconstruction?

Simply put, ACL Reconstruction (or in doctor speak, ‘Anterior cruciate ligament reconstruction’) is a tissue replacement surgery that utilizes a tendon graft after the damaged ligament has been removed. It operates as a ‘new ligament’ to the injured area.

The ‘perfected’ or new ACL procedure has been showing much success in the turnaround for patients and is lowering the risk of reconstruction failure.

When a surgeon performs the reconstruction surgery, there are 2 ways to obtain the tendon graft sample used to replace the damaged ligament. The sample will either come by an autograft – which uses the patients patellar or hamstring tendon, OR will come from an allograft – tissue donated from a cadaver.

Dr. Struhl Says it All

When asked, Board Certified Orthopedic Surgeon, Steven Struhl, MD comment on this new ACL procedure and the method of grafting he preferred.

“I’ve been providing this technique for over 2 years now with a failure rate that has always been less than 1%. It is an extremely effective technique, and one of which I am fluent in.

I recommend autograft over allograft except for in special circumstances… As well, with over 95% of the surgeries I have performed, the individual cases allowed me to utilize the autograft taken from the clients own hamstring. This form of the method has proven impressive recovering success.”

Dr. Steven Struhl has been Orthopedic Surgeon to athletes since 1991 prior to opening his private practice in 1998. Carrying with him is his vast experience and knowledge from managing his Westchester and New York offices while still remaining an active Certified Clinical Instructor of Orthopedic Surgery at New York University Medical School.

Concerned You Have a Torn ACL?

Sometimes people just brush off their injury with the notion of dealing with it later, but later they just wish they dealt with it in the first place. Sound familiar? Well, just keep in mind that later could be too late and your dreams of continuing your favorite sport could be gone. So if you, or a loved one, are experiencing extreme pain and swelling, unable to bare weight on the injured leg, or even more prominently have heard the dreaded POP, then seek out a medical professional. Not always does an injury require surgery, but when it does it’s best to address it promptly to avoid further damage.

If you are experiencing these signs of pain and discomfort, and want to talk to someone that knows all the options, then contact one of Dr. Struhls offices in either Westchester or New York. After speaking with his knowledgeable staff, you can rest assured that you are in safe hands.